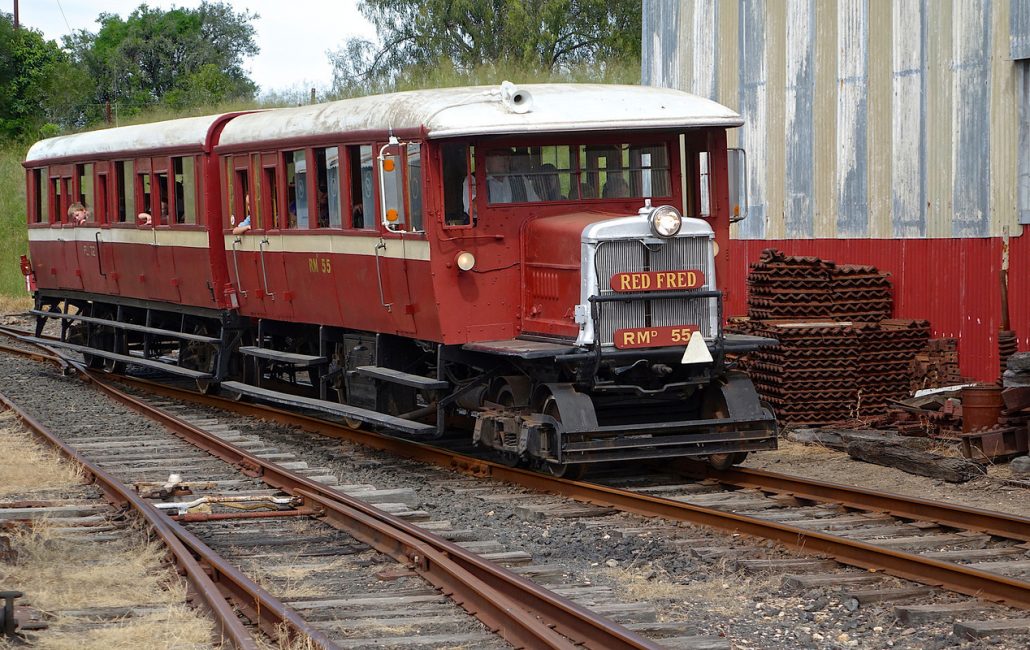 Red Fred started life as an AEC petrol powered railmotor in December 1930. It appears to have been based on the chassis of an AEC bus/truck, and when first constructed had no side windows, probably looking almost identical to the picture of RM37 shown below. 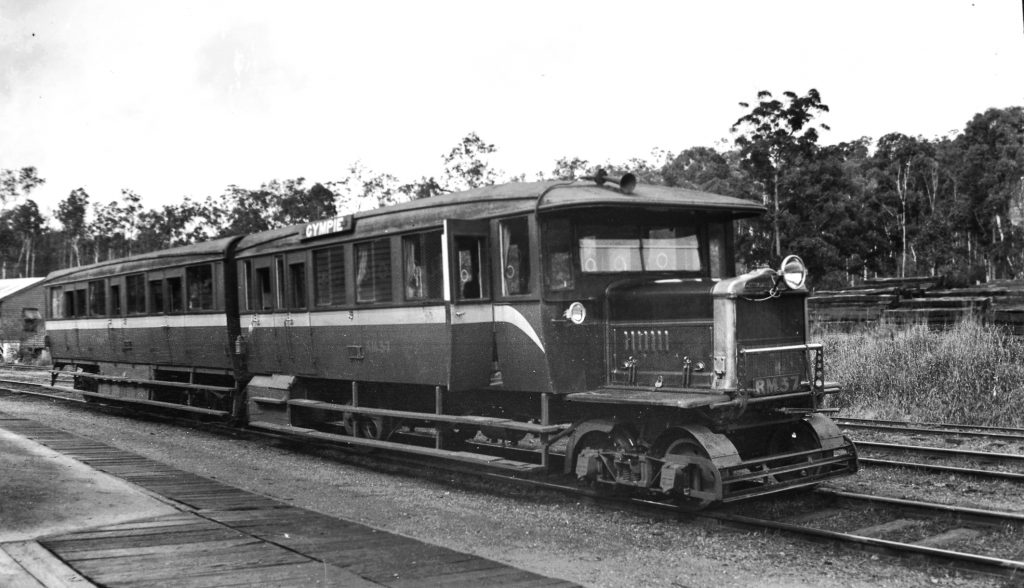 In 1938 the body was enclosed and the AEC petrol motor replaced with a 38 kW (50hp) 4 cylinder Gardner diesel engine. Red Fred’s stamping grounds started around Isis, then Fassifern and Beaudesert around the 1940s and 50s. Finally he ended up in Townsville around 1954 and stayed there he was withdrawn from service in 1966, being the last of this type in service.  It would have been normal for him to tow a trailer, and Red Fred’s current trailer (PL72) is older than Fred himself, being built in 1928!

It was stripped for restoration for the “Beenleigh Vintage Railway” (forerunner of the Rosewood Railway). This work was completed by Society members in 1983-1984, and it was used for mainline excursions until 1989.

“Red Fred” and trailer PL72 were transported to Kunkula in July 1990. Phil Smith did much of the restoration of PL72 while the vehicle was on site at the back of the Redbank Museum.