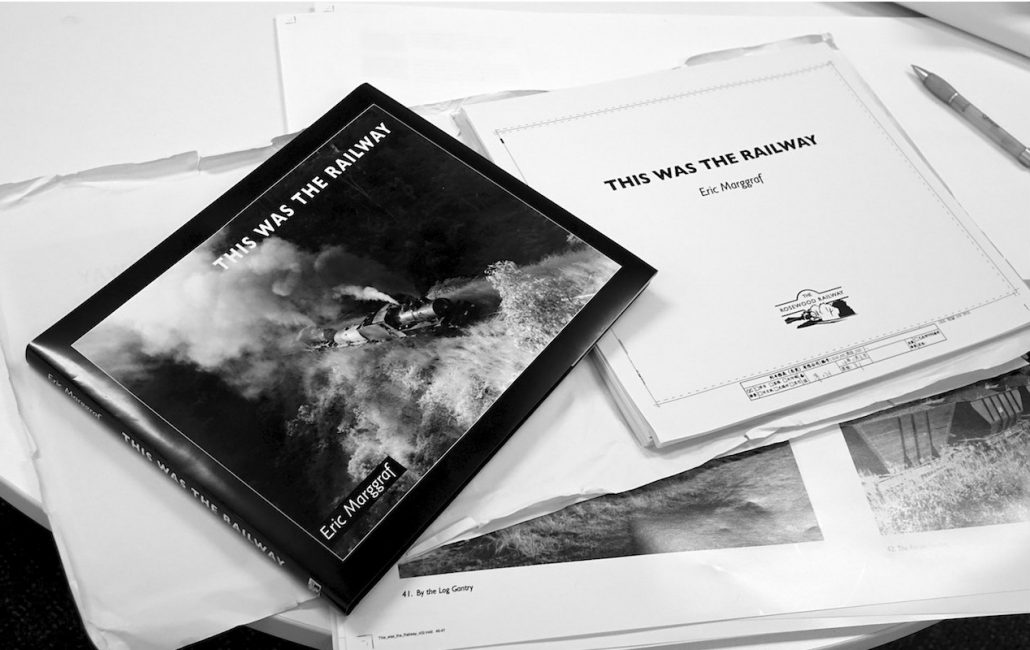 This book is a new venture for us in that it is a sampling of the photographic output of a person considered by many to be Queensland’s best railway photographer – Eric Marggraf. His innovative and unique approach wonderfully captures railways in Queensland during the 1960s.

Many of the images in this book come from an album of 8 x10s photographs Eric put together of what he considered his best. This album was small compared to his others but was loved by this family and became their favourite. The remaining images come from his larger albums which together contain over 6000 photos. The content spans the short period from 1962 until 1972 and illustrates the last days of steam locomotive operation in Queensland. Most of the images are from southern Queensland where Eric has lived for most of his life. The captions are Eric’s with additional notes from the editorial team. There is a lot of detail in these images and we invite you to look carefully at each one.

To capture these remarkable images Eric rode his motorbike to most locations (It was only in the late 1960s that he started using a car). The 120 roll film used gave a negative almost 6 times the area as that from 35mm film. Those negatives gave high resolution images even when printed on 10 x 8 (254 x 203mm) photographic paper. Eric developed the film himself and then made prints from the negatives using a home-made enlarger.

In the process of printing the negatives, Eric did crop some of his images and adjusted development times or grades of photographic paper to get the desired brightness and contrast. That was common practice among photographers in the pre-digital era. The chosen images have been digitally scanned so as to reproduce as close as possible the look of the original photos. Some of these images have been published before but rarely at this size!.

Of the images in this book, nearly three-quarters are scenes from branch lines that are now closed. Almost all of the rolling stock shown is long gone so it is indeed This Was The Railway.
Eric has generously made these images available to the Rosewood Railway to assist its efforts to preserve some of this history.