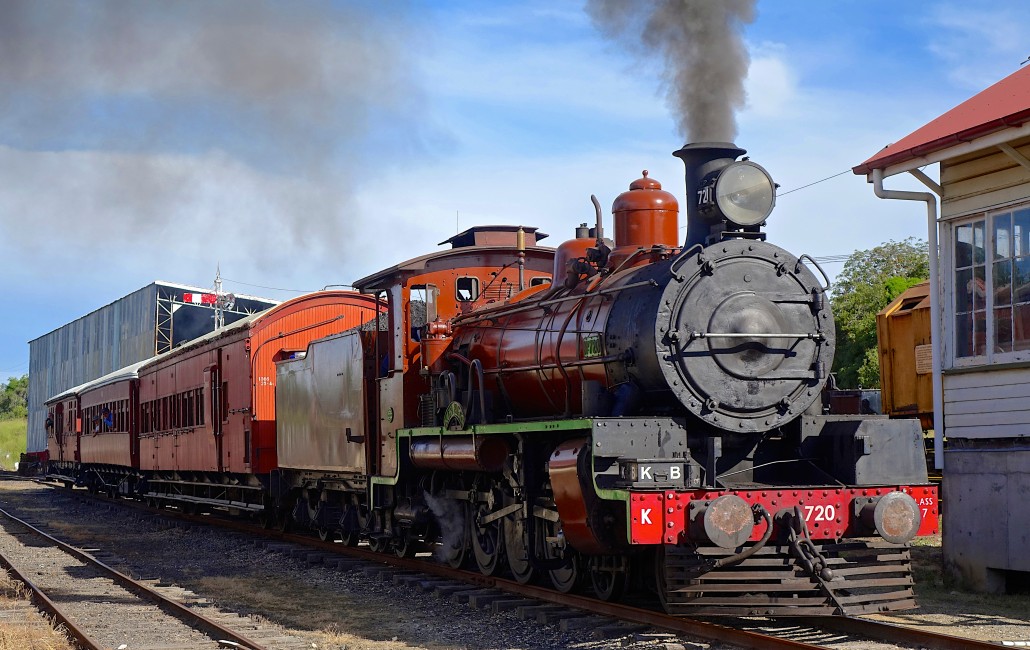 Ken has a long and varied history, having been built by Walkers Engineering of Maryborough Qld in 1922.

As general-purpose locomotives, C17’s like Ken could almost go anywhere in the state, and could be found on any sort of  load – passenger, freight, express, mixed – anything!

It appears that Ken spent a fair bit of his early life near the district he was built at Maryborough.  Details are fairly scant on the period from 1922 until the 1950s.  However from the history we do have, we surmise that he was attached to many different depots in his life, using his history from the 1950s onwards as an example :

At the end of steam in the late 1960s, QR undertook a program of placing some retired steam locomotives in council parks around the state.  Ken was selected to be saved for this purpose, and was plinthed in a park at Goondiwindi some time around 1968-1970. There he stayed until 1993. 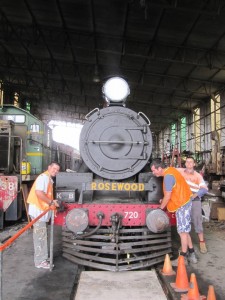 By the early 1990s, the plithed locomotives around the state were beginning to become an insurance headache for the various local councils who had responsibility for them.  Sharp corroded metal, potential asbestos risks and a general increase in health-and-safety concerns of the general public meant that councils wished to be rid of their locomotives, but at the same time were conscious of their history, so late 1993, representatives of the Rosewood Railway were contacted to gauge their interest in Ken.

After initial inspections and discussion, the decision was made to accept Ken in the Rosewood family with the view to restoring him.  Early 1994, Ken arrived on-site to begin the slow process of restoration.

Over the next 13 years, volunteers worked tirelessly with meager funds to transform what was essentially a bare shell of a locomotive to a fully functioning , living and breathing machine!

Since 2008 Ken has been back in action as the main attraction, making his way up our small mountain railway.

As of 2017, Ken is currently having a rest, while he receives new boiler flues and his 10 year inspection.  Expect Ken back better than ever in 2018!